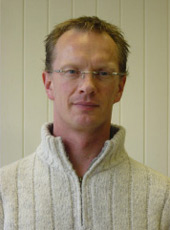 Duncan graduated from University of Manchester Institute of Science and Technology in 1986 and from Imperial College of Science and Technology in 1988. He worked for Dewhurst Macfarlane and Partners for two years before joining Alan Baxter & Associates in 1990. He became a Member of The Institution of Structural Engineers in 1994 and went on to work with Michael Barclay Partnership and Rodney Woods Bailey & Smith before becoming self-employed and commencing his own practice. From 2000 he began to work closely with Michael Chester & Associates and became a Partner in Michael Chester & Partners LLP at its formation in 2005.

Duncan enjoys working closely with Architects and other members of the Design Team on both new-build and refurbishment work and has completed projects across all sectors of the residential and commercial markets. He is interested in the use of computers to aid the design process but feels that they can unduly narrow the focus and he, therefore, endeavours to maintain a holistic approach to his structural engineering.

Duncan is also a keen mountain biker and a devoted motorcyclist.