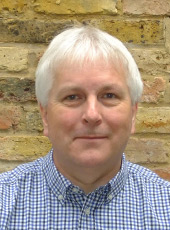 Bob graduated from the Polytechnic of Central London in 1979 with BSc (Hons) Civil Engineering, and became a Chartered Engineer and Member of the Institution of Structural Engineers in 1983. Before and after graduation he worked for Alan Baxter & Associates on site and in the design office and then for Dewhurst Macfarlane & Partners where he was a Senior Associate for many years, joining both practices (who are now giants in their field) when they were starting up. In 1985 he became self-employed, running his own practice and working closely with Michael Chester Associates, before joining the current Partnership.

Bob’s particular strengths and interests are in refurbishment and investigation/survey/report work, where the challenges are so often in the detail. He has worked with some of the UK’s leading Architects and Interior Designers, and continues to do so.

In his other life away from the office, he composes music and performs with his band in venues across the UK and Europe.